Well after a bit of foolish bravery and plain ignorance, I managed to make the polybulk wagons look like they may have been in service for a little while!

I used a little frame dirt around the bases of the wagons and then decided to spray some white paint down the sides. After this was done, I added a little white Humbrol weathering powder around the roof and the underside area where the grain would leave the wagons. I’m no expert at this dark art and as a result, I think I always end up feeling somewhat critical of my efforts.

So here are a few pics of my polybulks… 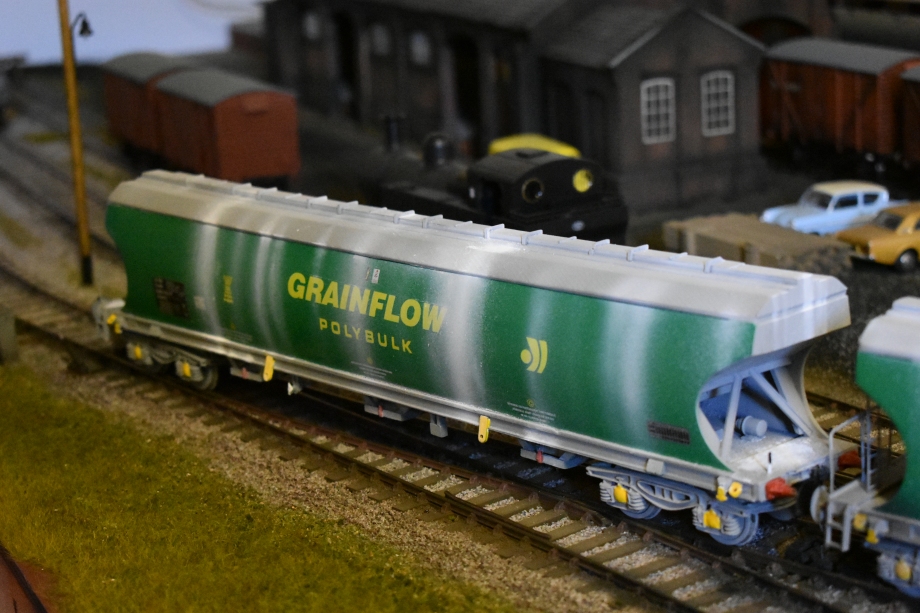 During another crazy moment at a recent model railway exhibition, I came over all funny and swapped some cash for a Dapol 6 wheel tank. This has subsequently become a departmental waste oil wagon.

I need to get the impression of the waste oil dripping down the side of the tank but for now, here’s a little progress shot!

AND THEN THIS HAPPENED….

Well after a lot of thought and discussion, I came to the conclusion that the weathering was overdone and poorly executed. I couldn’t even find a reference picture to defend me or my efforts.

So after a lot of soul searching there was only one possible course of action….

I sanded down the bodies as much as I could after removing as much of the decal as possible with strong adhesive tape. Once I thought I had a smooth body again, this was primed in grey using a spray can for the sake of convenience. 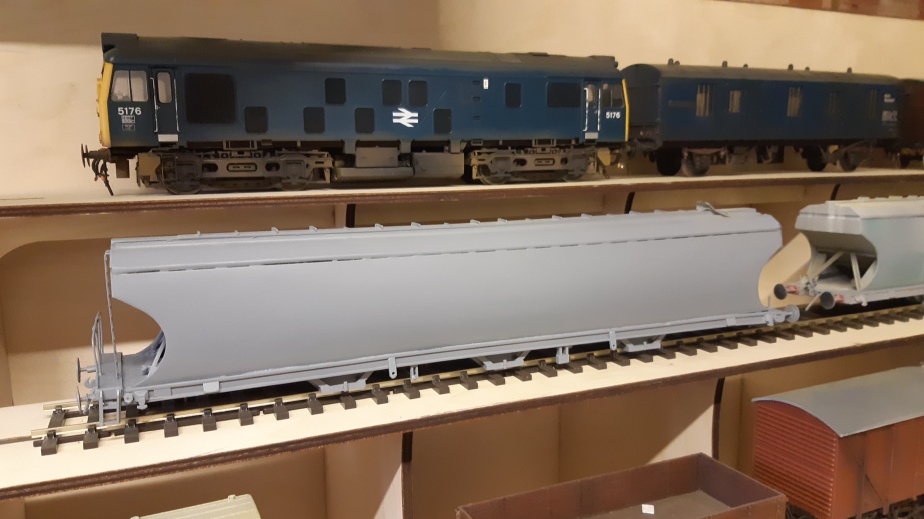 I had previously purchased two cans of paint for this job so having the same green was no problem. I masked the chassis, roof areas and ends again using Tamyia tapes.

With a fine sanding stick, I removed any rough primer spots and both polybulks wagons were treated to a new coat of green on their sides

The wagons have now had their side detail re-painted in yellow and red along with some addiotional colours around the coupling and buffer area. The next stage will be a coat of gloss varnish over the green in readiness for the new sets of decals obtained from GJH plant models.

This site uses Akismet to reduce spam. Learn how your comment data is processed.